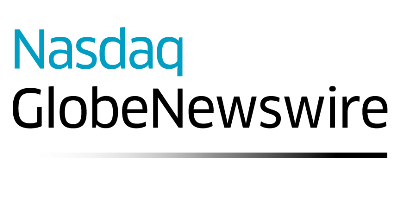 NORWOOD, MA, Oct. 29, 2018 (GLOBE NEWSWIRE) — MariMed Inc., a multi-state cannabis organization that develops, owns and manages cannabis facilities and branded products lines, announced today that it has finalized the acquisition of BSC Group, a highly respected cannabis firm headquartered in New Jersey that over the last three years has been engaged in competitive licensing, consulting and operations management across the country.

Brian and Amber will help guide MariMed’s strategy for new markets like New Jersey, where lawmakers inch closer to consensus on adult use legislation. New Jersey represents just one of the markets being eyed by MariMed as they aggressively pursue new opportunities across the U.S. and abroad with their added bandwidth.

“Our team has worked with BSC Group on various projects in the past, and their laser focus made them an ideal partner to help fuel MariMed’s forward momentum,” said MariMed CEO Bob Fireman. “We are excited to bring on Amber and Brian, who have seasoned cannabis operations, corporate strategy, branding and marketing expertise. An organization is only as good as the people in it. The Staffas share our vision and work ethic and will be a great addition to our team.”

Brian Staffa noted, “This partnership with MariMed represented the right opportunity to solidify our industry presence for the long haul, positioning ourselves as an integral element of an established team with long term viability. They share our belief that the only path to market maturation and true consumer satisfaction is via an unwavering commitment to data-driven and documented, scaled processes.

Brian Staffa will bolster MariMed’s operations, coming on as VP of Cultivation & Manufacturing, leveraging nearly 10 years of commercial cannabis experience in over 150 facilities in 25 states and countries. Staffa’s audits of facility operations often reveal opportunities for optimizing efficiency, translating to increased top and bottom line growth.
With a substantial background in education, curriculum development, branding and consumer buying habits, Amber Staffa will join MariMed as VP of Branding & Marketing, fueling the potential for product development and partnership opportunities that will project MariMed’s voice and grow its branded product footprint.

BSC Group will become a wholly owned subsidiary of MariMed, and will continue to service its clients with an even larger arsenal of resources.

MariMed is a multi-state cannabis organization that develops, owns and manages cannabis facilities and branded products lines. MariMed’s team has developed state-of-the-art regulatory-compliant facilities in DE, IL, NV, MD, MA, and RI, which are models of excellence in horticultural principals, cannabis production, product development, and dispensary operations. In addition, MariMed is on the forefront of precision-dosed branded products for the treatment of specific medical symptoms. MariMed currently distributes its branded products in select states and is expanding licensing and distribution to numerous additional markets encompassing thousands of dispensaries. MariMed Inc. is one of the 17 top-performing public cannabis companies in the U.S. tracked on the U.S. Marijuana Index, (www.marijuanaindex.com). For additional information, visit www.MariMedAdvisors.com

This release contains certain forward-looking statements and information relating to MariMed Inc., that is based on the beliefs of MariMed Inc.’s management, as well as assumptions made by and information currently available to the Company. Such statements reflect the current views of the Company with respect to future events including estimates and projections about its business based on certain assumptions of its management, including those described in this Release. These statements are not guarantees of future performance and involve risk and uncertainties that are difficult to predict, including, among other factors, changes in demand for the Company’s services and products, changes in the law and its enforcement and changes in the economic environment. Additional risk factors are included in the Company’s public filings with the SEC. Should one or more of these underlying assumptions prove incorrect, actual results may vary materially from those described herein as “hoped,” “anticipated,” “believed,” “planned, “estimated,” “preparing,” “potential,” “expected” or words of a similar nature. The Company does not intend to update these forward-looking statements. None of the content of any of the websites referred to herein (even if a link is provided for your convenience) is incorporated into this release and the Company assumes no responsibility for any of such content.