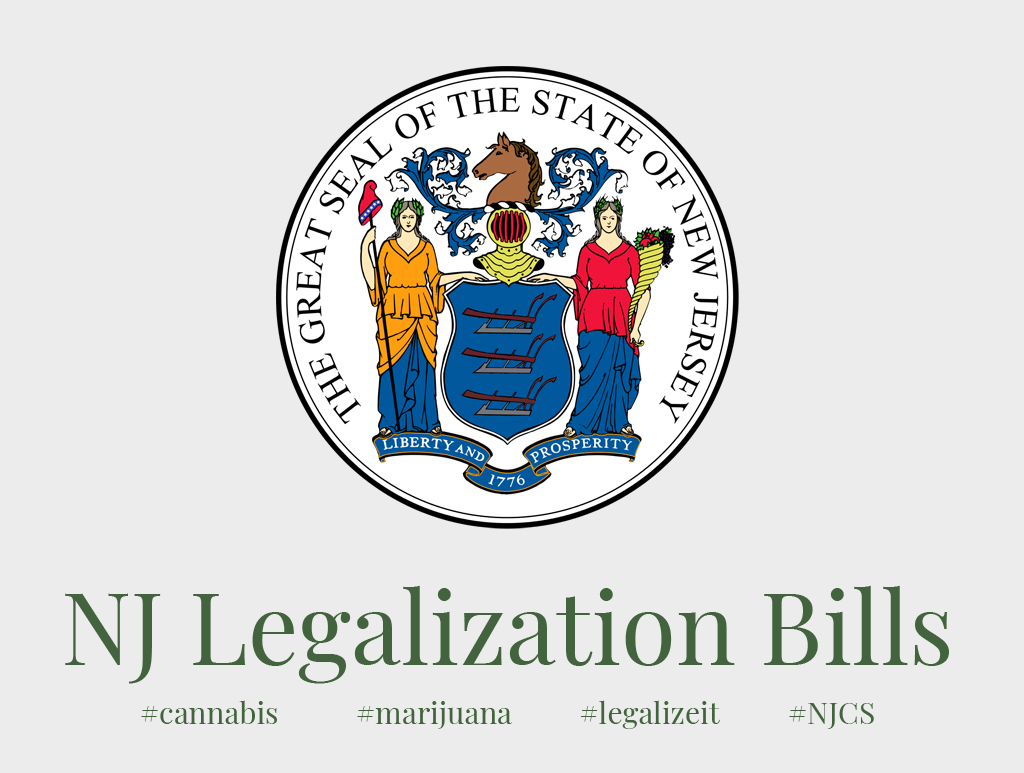 With just days before Governor-elect Phil Murphy takes office, the marijuana legalization effort in New Jersey is in full swing. While Senator Scutari’s S-3195 officially expired at the end of 2017, the same language has been re-introduced in both houses of the legislature.

These bills are identical to the bills introduced last year and have lots of blanks to fill in. The summary we published below in August remains accurate as of now. We expect a few details to change before a workable bill is eventually signed. A few big questions remain:

These questions are just the tip of the iceberg and decisions will be made within the next few weeks. Now is the time to be vocal with your local representatives to show your support for a regulated market in your area.

To give the Governor another option to legalize cannabis and to allow for additional time for the regulated market to take shape, Rep. Carroll introduced a bill addressing the criminality without going so far as to establish a market.

While many outside the industry were concerned by the actions of Jeff Sessions a short time ago, everyone involved in the industry continues business as usual. New Jersey is no exception – full-speed ahead towards legalization!

If you or someone you know is looking to get involved on the business side of the New Jersey industry,  you must attend the New Jersey Cannabis Symposium on the 25th at the NJ Performing Arts Center in Newark.

All updates to the bills mentioned above and any additional bills introduced will be posted here. Bookmark and share this post!

While many people, myself included, have been saying that New Jersey is going rec in 2018, we now have a real glimpse of what the new program could look like.  Introduced by Rep. Nicholas Scutari in May of this year, the NJ S-3195 bill is 65 pages long and outlines everything from who will oversee the program to what happens to the current MMJ ATCs.

I’ve combed through the bill start to finish, so let’s breakdown what the bill says and means, what it’s intended to do, and why you should care.

All facts and numbers are accurate as of August 2017, though they are subject to change, as the NJ Bill S-3195 has been proposed but not yet enacted. The bill could change between now and the time it is proposed to the new Governor. However, we have strong reason to believe the bill is final and will be proposed and signed by future Governor Phil Murphy in late January 2018.

When you account for the criminal justice savings and the tax revenue from cannabis sales, the numbers don’t lie. If NJ were to follow the same metrics as Colorado, the numbers will likely be higher considering population and access. NJ has nearly twice the population of Colorado and a transit system connecting 25MM more consumers. While some might argue that NJ to CO is not an equal comparison due to the “destination state” status of Colorado, NJ’s Jersey Shore definitely sees its fair share of tourists. Colorado saw 77.7MM visitors in 2015 and NJ saw 25% more, 98MM in 2016. (sources: http://www.denverpost.com/2016/07/20/record-colorado-tourism-2015/ , http://www.nj.com/politics/index.ssf/2017/03/garden_state_tourists_spent_44b_in_2016.html )

Once enacted, the bill would allow persons 21 and over to:

What about the MMJ program?

How quickly will  all of this happen?

“Not in my backyard!”

How many licenses will there be?

What’s this going to cost?

No personally identifiable tracking on purchases

Other rules and regulations will include:

Have questions about the bill and what it means for NJ?  Don’t hesitate to reach out.